How do you get noticed online? There are free ways to market your artwork and get noticed. This includes leveraging fan communities that already exist. 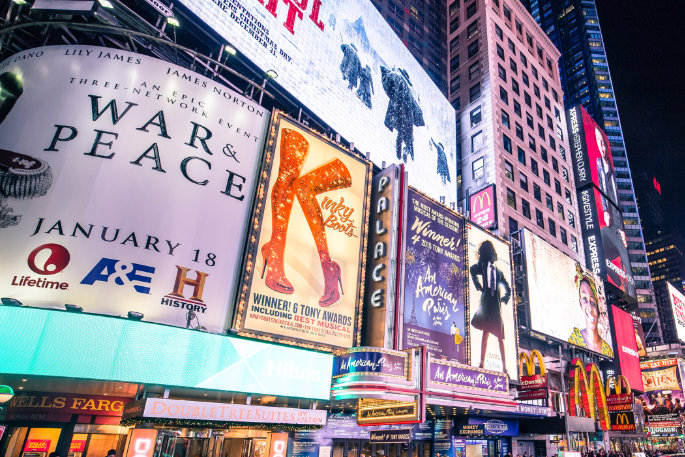 This article is part of a series on advice for freelance artists.

For the sake of this article, I’ll avoid going into depth about paid-for advertising. If you are interested in paying money for advertising, our experience has shown than running ads on Facebook and other social media platforms yield much better results than Google Ads.

But lets talk about ways that you can market yourself without paying for ads.

Be sure to post your artwork on online galleries such as DeviantArt, ArtStation, and niche art galleries.

Disclosure: This “Fan Art” section is my opinion and is based on my observations. I am not a lawyer. I am not giving legal advice.

Fan art is a good way to increase your reach because fan art leverages the popularity of different communities. Fan art gets a lot of attention. Your fan art will likely get more views and likes than your original art. But be careful not to become an artist who creates mostly fan art. The reason why you are getting more views for your fan art is because you are utilizing the popularity of someone else’s intellectual property (often called IP).

Some may argue that fan art is considered fair use. I do not think is the case. The intent of the Fair Use Doctrine was to allow copying of copyrighted works for the purposes of education, journalism, parody, and commentary. Essentially, it allows media to acknowledge the existence of copyrighted works in the world around us by using small parts of those copyrighted works without permission.

Fan art does not fall into that category. Fan art is a creative work based on another creative work. It’s not journalism nor commentary. It may contain parody or be educational in nature, but that is not a definition of fan art.

Fan art is an act of love by fans. In legal terms fan art mostly resembles a derivative work, which requires permission by the copyright holder to do it legally.

There’s some debate as to whether fan art is considered “transformative” art, where the original copyrighted material is remixed in ways that the original creators would never have considered. However, transformative use is a very new way to argue fair use. It is foggy and is still being tested in court cases.

That’s my understanding about copyright law and fan art. The good news is that—in practice—99.9% of people who create fan art are very, very safe.

Fan art is a well-accepted part of fan culture and the art community. Companies understand that it’s how fans show their love for their stories and characters. Creators love fan art. Even some of the more ambitious fan works that can get fans in trouble. (More on that in a second). I believe that you are very safe if you are creating single images that are clearly fan art.

But there’s an important caveat. The fan art can not be mistaken as an official work created by the company that owns the copyrights and/or trademarks.

No one is going to mistake a single image of a cartoon character done in watercolor to be anything but fan art. But creating a fan film that has enough fidelity to look like it could have come from the studio who owns the IP may get you into trouble. Creating a fully-functioning video game with characters from a TV show will probably get you into trouble for the same reason. Customers can easily mistake a significantly large piece of work that looks like it took a group of people many hours to create as an official work.

In short, companies don’t want to lose out on sales because customers mistook your art for the real thing. Consumer confusion is when you get into trouble, regardless of whether you released it for free or not. Putting a big notice on the work that states it is a fan work may help, but it is usually not be enough in the eyes of the company that owns the IP.

If you want to create a big fan project, I recommend creating original characters and worlds but have a similar style and tone of the work you love. You can still leverage those fan communities to promote your artwork as a spiritual successor without getting into legal trouble.

The video game Freedom Planet is a perfect example of this. It started as a Sonic the Hedgehog fan game, but later it received new characters and setting. It became something that Sonic fans knew about, and loved, while being safe from SEGA’s legal team.

Don’t Use the Logo In Your Fan Art

Even if you do single images of fan art, avoid using logos or anything that is generally considered trademarked. For example, if you are doing fan art of a TV show, don’t include the logo of the TV show in your fan art. The presence of the logo makes the artwork appear to be official, and was either created or commissioned by the studio. Again, avoid confusion and you should be fine.

Selling fan art is absolutely considered illegal. That goes far beyond the issues of fair use and consumer confusion. You making money off of someone else’s copyright. So don’t do that. Only use fan art as a way to show your love for a work or as a way to get attention as an artist.

Limit How Much Fan Art You Do

If you do fan art, do a small percentage of it. I think spending 10-20% of your art production time creating fan is a good ratio. Any more than that and you won’t be creating enough original artwork to put in your portfolio.

I personally don’t think your website should have fan art in it, but it totally depends on your strategy. For example, if you are applying for a job at Blizzard Entertainment, you may want to include Blizzard fan art that you have created. If you can, find out from someone who works at the company you are applying for to see if certain types of fan art has a stigma.

Using Fan Art to Get A Job

If you are a webcomic artist, or webcomics is a place where your potential customers are likely to be, create guest art or a guest comic for another webcomic. That is a great way to get your artwork out in front of a very targeted audience.

Ready for the next topic? Here’s the list of articles in this series: