It's Who You Know

It’s harder to do meaningful networking in an online world, but there are ways to form strong relationships with people that will launch your career. 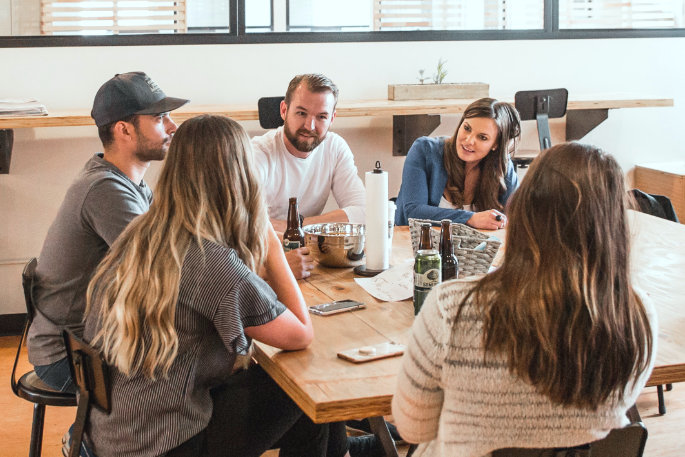 This article is part of a series on advice for freelance artists.

What Is the Hidden Job Market?

It is well understood that 80% of the job openings out there never get posted to employment websites. Those jobs are filled internally through a referral. Think about that for a moment. When you look for jobs on places like LinkedIn, Indeed, or Monster, you are only seeing 20% of the jobs available. You want to figure out how to take part in the other 80% of the job market.

Freelance work is the same way. Even if you go into business for yourself selling goods online, the fact remains the same: all business opportunities come from people. That includes job referrals, business partnerships, and your best-paying clients.

Even if you are a student, or you are just started learning, you need to start networking now. Don’t wait to network when you are looking for a job. At that point it will be too late, and you’ll have to find work the old fashioned way.

None of my networking attempts when I was looking for a job paid off. Someone needs to know you for a while before they feel comfortable offering you a job. I also suspect that my efforts were ineffective because I came across as “too thirsty” and at times arrogant. Why? Because I was trying to get a job so my strategy was to show off my plumage. I talked about myself and my skills too much. What is the outcome of that kind of quote-unquote “networking?” Nobody cared! People care about what they need, not what skills you have or what you’ve done. Luckily I was still tolerable enough to be invited to events outside of the meetups, but apparently I wasn’t coming off as someone they wanted to spend 8 hours a day with.

What type of networking did work? The type of networking where I was helping other people and providing a service to them, and being interested in what they were working on. My networking being a teacher or a collaborator is what paid off. When I told one of these contacts that I was getting married and was quitting my job to move, he offered me a job a couple days later. Apparently they have been trying to figure out how to hire me for years. That is the type of networking you want!

But that type of networking takes time. From the moment you first meet a new contact, it can take years for those relationships to bear fruit. So these types of relationships should be cultivated early, and when you are in a mindset where you are helping other people and providing a service to others, not as someone who is going to meetups because it is part of their strategy to work for another company.

Where Should Artists Network?

How do you get to know people like this? Here’s some ideas:

Be sure to do all of these things with people who you want to be like. Yes, that means associating with people who are out of your league. Never be the smartest person in the room. You can’t soar like an eagle when you surround yourself with turkeys. Always be around people who are way better than you. Don’t be afraid to ask for help; you’ll be surprised who gives it.

Stay Away From Poisonous People

Never associate with negative people. Even though they have the skills, jobs, and prestige that you want. If you are taking a class from them, that’s one thing. But forming a relationship with a negative person is something you should not do.

There are people who complain a lot about how others have wronged them in the past, and talk about how horrible the world is. Sure, the world needs up. But how are the wrestling with that fact? Are the complaining, or are they actively doing things to make the world better, and doing it with a positive attitude?

If they are constantly complaining about the world and the people in it, they are not seeing the world as it really is. They have created a horrible worldview that surrounds them. People who have a victim complex will often reinforce that worldview by creating scenarios that will inevitable make them the victim yet again. These people would rather be right than happy. You don’t want to become part of that person’s messed-up narrative.

The Reddest of Red Flags

If you form a business partnership with someone, or work on a project with someone who says something under the lines of, “Just don’t screw me over.” Get out. Don’t delay. Seriously, get out! If you are looking for a red flag that stands the tallest and shines the brightest over any other red flag, that phrase is it. Without fail that mentality has spelled disaster. Don’t try to save the relationship. Don’t waste anymore time. Just. Get. Out. Someone who believes that someone might screw them over has already made plans in their head to fight a perceived threat, which often includes screwing you over first. It also shows an unmistakable lack of trust. No good will come from working with that type of person. Get out.

Birds of a Feather

The people who associate with often become your co-workers, your bosses, your clients, and your employees. So start now to associate with good people, and stop associating with people that will dilute your network with bad contacts. Plant the seeds of your career with the best people.

Ready for the next topic? Here’s the list of articles in this series: